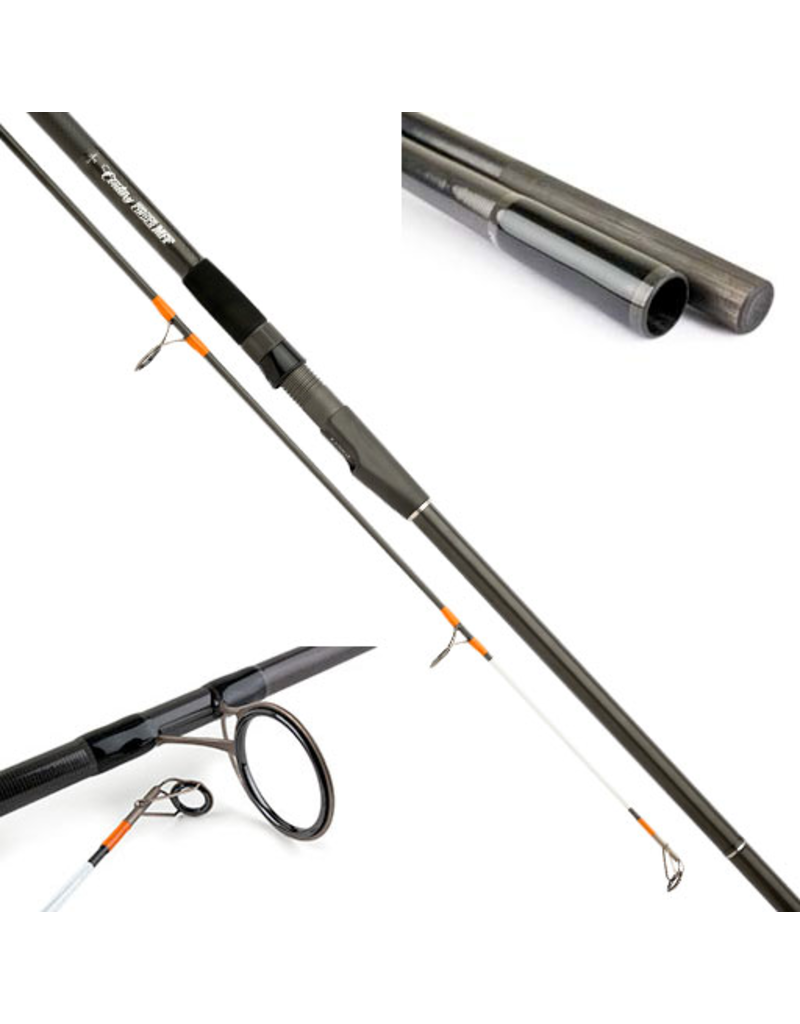 The marker and feature finding rod is an important tool to discover the hidden topography of the lake bed: this is particularly true when scoping out new venues. Knowing what the lake bed is made up of Ð gravel, silt, weed beds, plateaus and ridges determines the correct rig. The Century MFF will enhance accurate casting and technique Ð so features can be understood within just a few casts. The nature of the materials used in the construction of MFF delivers the marker float considerable distances and the action delivers vital sensitivity when the tip of the rod is retrieving the lead evenly and at regularly spaced intervals across the bottom of the lake, simultaneously feeling for vibrations and observing how the rod tip acts. Interpreting the difference between mud, silt, sand or fine gravel, gravel bar or gravel beds all become easier with technique and the advantages built into the design of Century MFF.We have enhanced the conspicuity on the upper tip by the addition of 3M reflective tape and bright orange tyings under the tip guide and next two intermediate guides. This feature is a considerable help in observing how the tip is reacting to features (the video demonstrates this enhancement). The construction of MFF is complex and owes much to the carbon cutting machine used at the beginning of the blank rolling process. Very complex shapes of carbon fibre can be cut efficiently and accurately and then integrated into the design. Thereafter the multiple tapers within the blank are correctly compressed by modern rolling table that has special flexible keys to faithfully follow the contour of the blank. These technical features of the design and manufacturing bring benefits to the rod and user. The Century MFF rated at a nominal 3.50lb Test Curve and the enhanced J curve action is sensitive but powerful enough deliver a marker float and lead to long range. An enhanced guide pattern featuring ceramic lined powder coated stainless steel rings commencing with a size 50 butt guide and the tip is embellished with 3M high visibility reflective tape. Graduated markings on the butt allow accurate measurements.