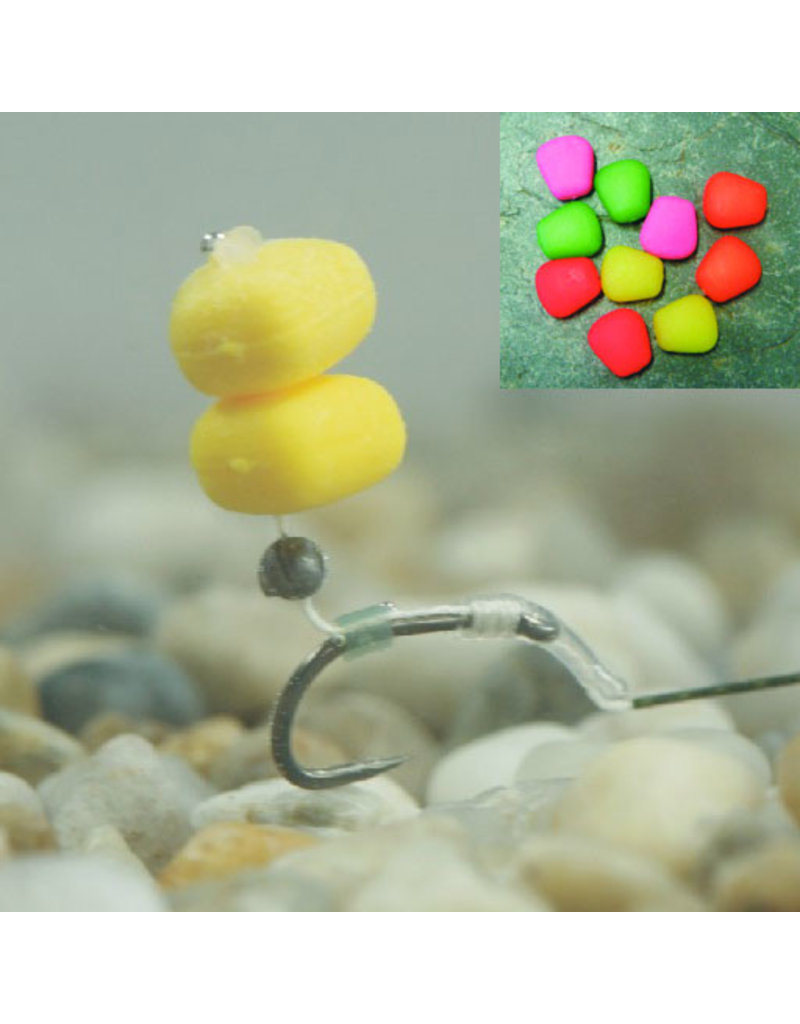 This is the original pop up sweetcorn developed by us in 1999, the bait that changed the face of modern day carp fishing, and started the imitation bait revolution. Often copied but never bettered, this bait is responsible for the capture of thousands of large carp including a former british record, plus specimen tench, bream, crucians and roach. Impregnated with our special attractants, the imitation grains are soft enough for side hooking but are most effective when used on a hair rig, either alone or combined with real grains of corn. Use the buoyancy to your advantage to create popped up or critically balanced hook baits, using a small shot if required to counterbalance  the rig.