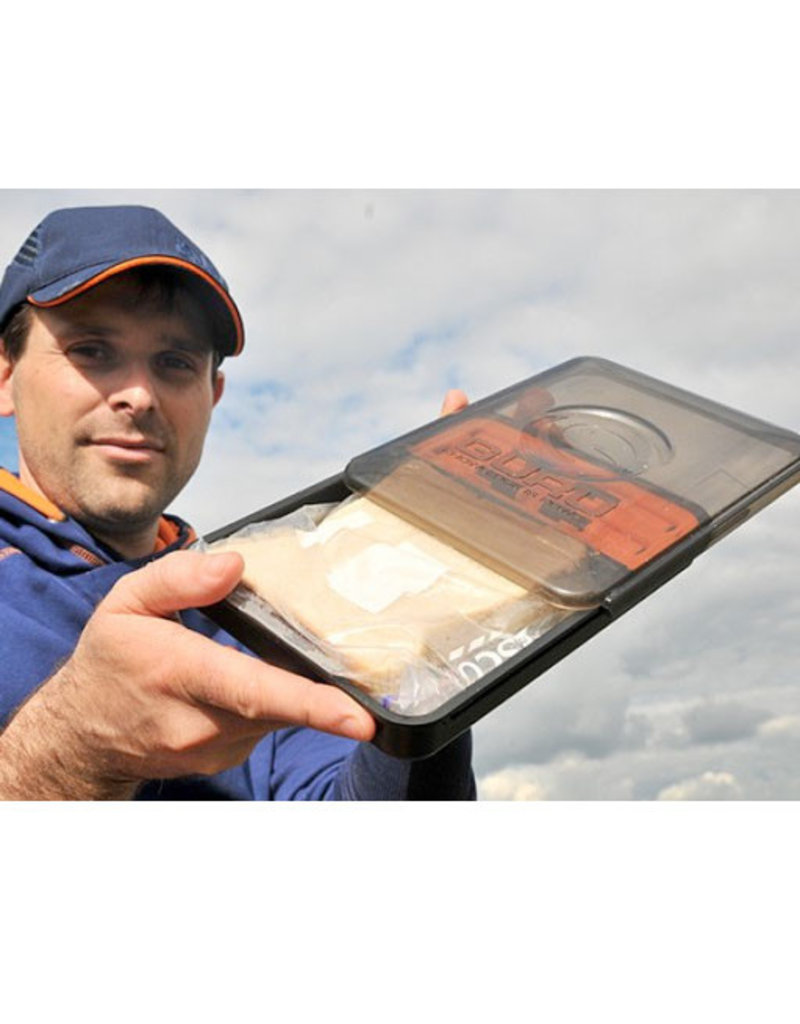 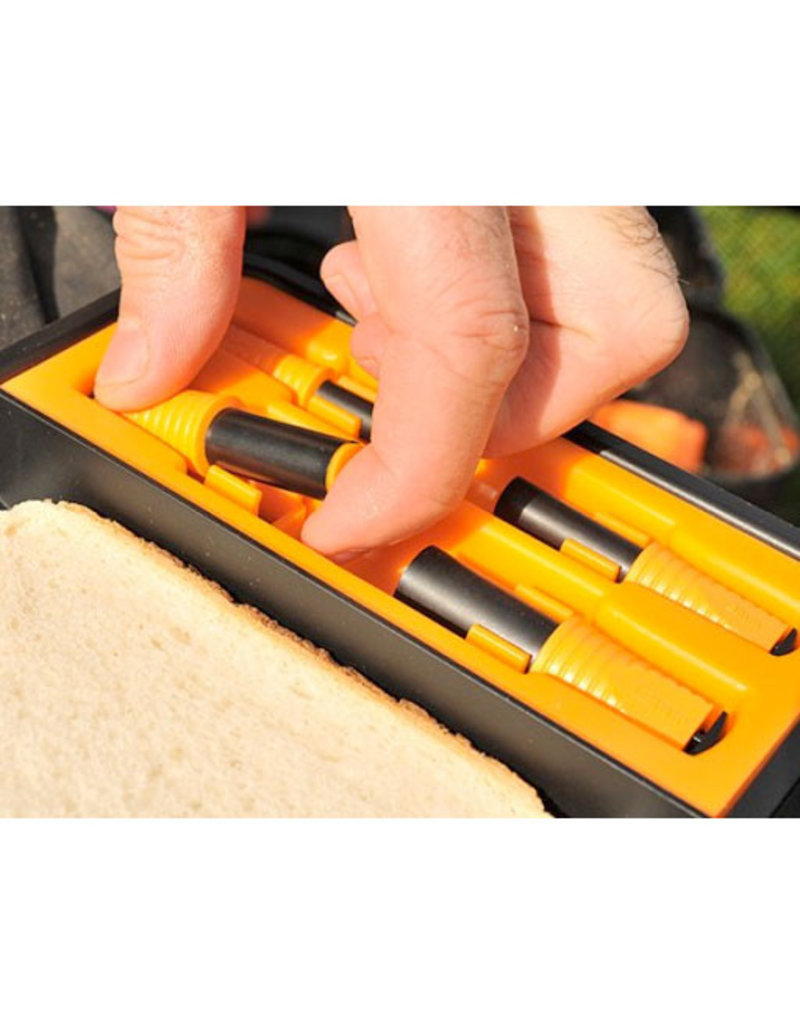 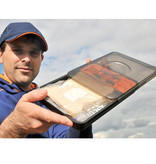 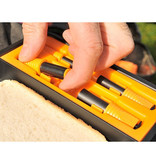 Offering an integrated bait storage and protection system with four sizes of push punch, itÕs the perfect solution to the problem of keeping bread and meat baits fresh along with an effective way of punching out hook baits. It uses range from commercial carping with punched boilie and meat hook baits or popped-up bread disks, to trotting or feeder fishing rivers with punched flake and meat offerings.Guru brand manager Adam Rooney explains how the Guru Punch Box came about: ÒWith the ever-increasing use of punched baits on the match scene, especially punched bread, the Guru team felt there was a gap in the market for a good quality bait punch that would be suitable for a wide range of baits.Ó ÒTo go alongside this we wanted to design a storage system to house the punches and the bait together. The storage system needed to make the bait easy assessable and, most importantly, keep the bait in perfect condition. After months of research an old product from 15-plus years ago sparked an idea.Ó ÒBack in the day on canals the Image Bread Box was an essential piece of kit - it was a simple tray with a sliding lid, allowing you to store the bread, then slide the lid across, punch a piece out then simply slide it back, keeping your bread dry and in good condition.Ó ÒWith this in mind, the Guru team played around with a few ideas to come up with the perfect punched bait system. Integrating the sliding lid design to the new box, also included are four push punches in 6, 8, 10 and 12mm sizes, which clip neatly into the rear of the box.Ó The lid is also tinted to protect baits like meat and bread from drying out in the sun, and rubber feet on the base prevent the punch box slipping on the side tray. The robust design is slim enough to fit easily inside carryalls or seat boxes without taking up much room. The push punches have also been custom designed for the punch box with a plunger system to release bait with minimal effort Ð it can easily cut out and dispense multiple disks of bread or meat without any damage to the bait, for example. The razor sharp cutting edge makes fast work of even harder baits such as boilies or pepperami and the stainless steel wonÕt rust or warp under pressure.