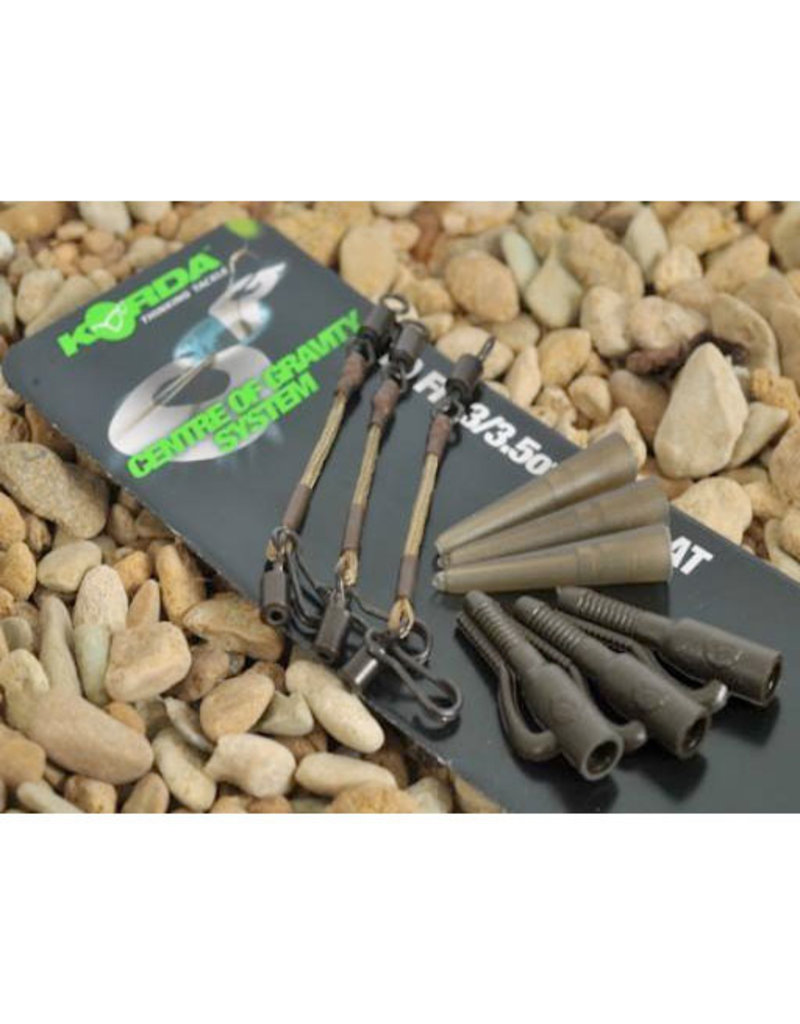 A lead system that betters the hooking qualities of an inline, yet casts like a lead clip, with all its safety benefits? It doesn’t exist, right? Well, such a product has just arrived at Korda HQ. After what seems like ages in the development, the COG system is finally here, in physical form. COG stands for Centre of Gravity, which is a reference to the unique way that the hook link is attached to the heaviest part of the lead, giving instant, unparalleled hooking. Put simply, this system has been designed to convert more pick-ups into fish on the bank. So, why did it take so long? Well, simply put, we tested it, tweaked it, changed it and then changed it back again across the space of a few years. The whole sampling process takes an awfully long time and because the end result had to work flawlessly, each stage was tested rigorously. Right through from early testing, to DVD sessions at Gigantica and intense scrutiny in front of the unblinking Underwater cameras, the COG has proven itself to be a genuine advantage. When to use it then? Well, it’s best used over firm lake beds like gravel, sand and firm silt, rather than weed, when you’re better to reach for the Heli-Safe system. It can be cast every bit as far as a normal lead clip system, although when going for extreme range, it’s worth dispensing with any PVA bags as the impact could force the half-swivel out of the lead. For margin work and placing from boats, the COG is simply unrivalled. Initially, there are just two lead shapes available, flat pear and distance, which should cover you for most fishing situations. The flat pear version is best used for closer range, lowering or dropping from a boat, whereas the distance version is the one to reach for if you’re having to go long for your fish. One point well worth noting is that the COG boom sections are numbered (on the swivel) because it’s essential that they are used with the correct lead. If you use the wrong boom with the wrong lead, the setup simply won’t work as intended. We’ve had reports of great results from all those who’ve been able to use samples so far, and we’re excited to see how much of an impact the COG has on your angling too. We aren’t claiming that the COG is the answer to all your fishing problems, but it certainly does take bolt-rig technology forwards, while retaining the inherent safety of the lead clip. One thing’s for sure, it’s set to catch an awful lot of fish this year…